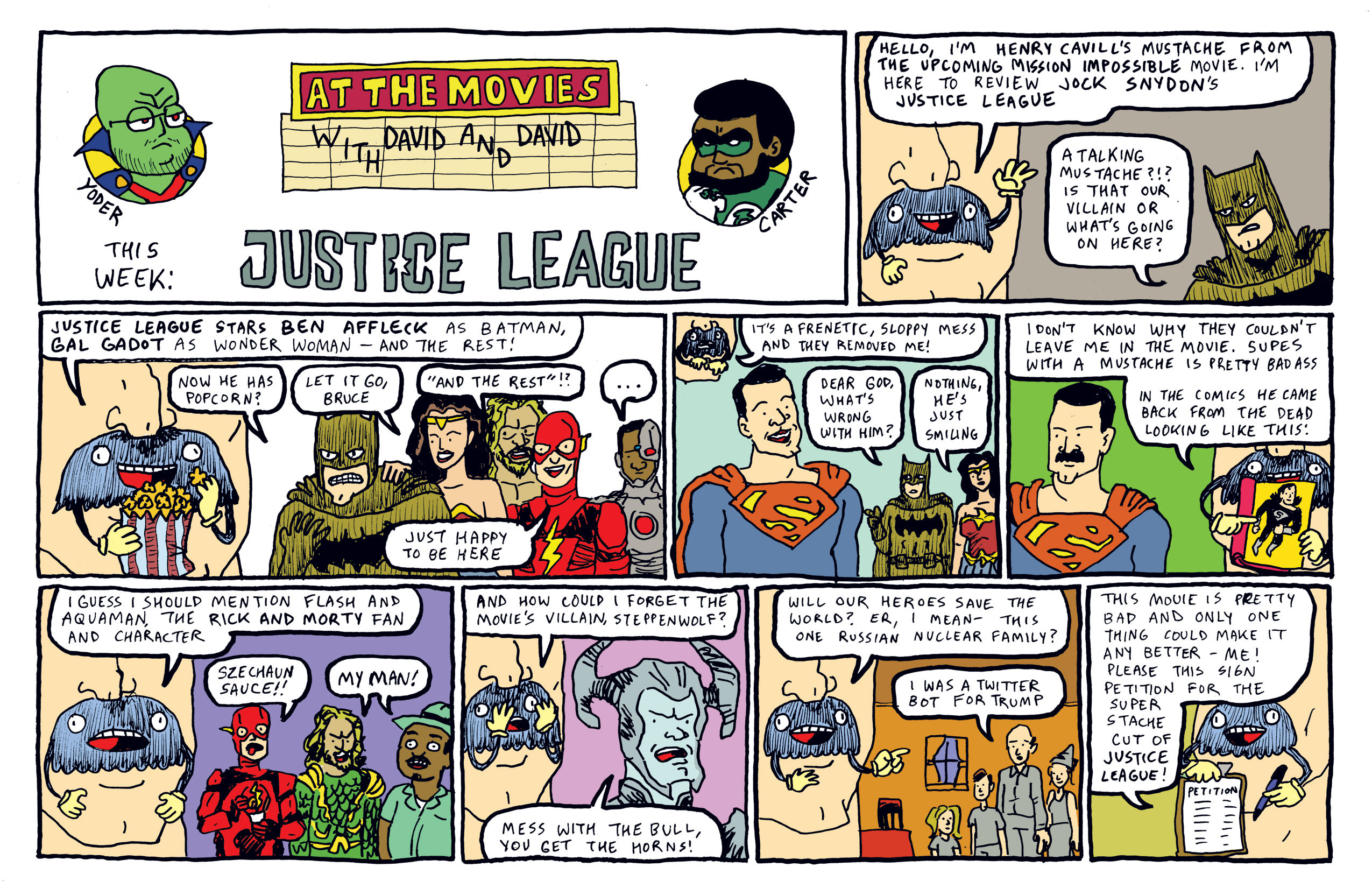 Back in 2012, as Christopher Nolan’s The Dark Knight trilogy was coming to a somewhat ungraceful end and the Marvel Cinematic Universe had hit what many still consider to be its absolute peak with The Avengers, it was refreshing to receive some news that there would be a cinematic resurrection of  DC’s second most bizarrely underserved hero, Superman. The first being Wonder Woman, but more on that later. Superman is largely considered the first superhero of the modern era and is the character most responsible for bringing superhero films to the big screen. Yet, after the run of Christopher Reeves films ended the character would largely only exist outside of comics in DC excellent animated series, a Dawson’s Creek riff (Smallville), a Moonlighting riff (Lois and Clark), and scores of undeveloped (most heartbreakingly, a George Miller directed Justice League movie) and underthought screenplays. There was the somewhat underappreciated Superman Returns in 2006 that put a small nail in the big screen coffin of the character for seven years. It’s safe to say that creatives were struggling to find a way to make the Big Blue Boy Scout work on the big screen.

But here comes Zack Snyder, who’s not particularly hot off of anything at this time. Watchmen, while I think a very good film was met with an underwhelming box office and mixed reviews. Legend of the Guardians: The Owls of Ga’Hoole was a decently successful animated film despite no one on planet earth having actually seen the film (it’s a quantum mystery), and Sucker Punch is an interesting and ambitious passion project that failed to be (*checks notes* ) good or reach any audience. So, it was an interesting choice to have this man receive Warner Brothers and Christopher Nolan’s blessing to make a film that would potentially become a rival to the the MCU, not in execution (at least not at that time) but at least in scale. However, it looked as if maybe that would be the case.

That above trailer is, to me, the best DCEU film to date. Everything from the music, the tone, and the cast had all the elements of a proper Superman film for the the 2010’s. I wasn’t sold on the muted colors or the redesign of the costume but I just took these as creative choices that would make more sense after seeing the film. They did, but not in a way that had me or most audiences particularly inspired or entertained. It’s safe to say you know what happens from here. We’ve all seen the slow and very expensive trainwreck that has been WB’s DC films. Movies that have just been reacting to themselves, critical backlash, and eventually the continued, unmatched success of the MCU. And yes, Wonder Woman is the glaring outlier of this trash fire, simply by being a film with a functional screenplay (no shade, that’s a compliment), competent and exciting cinematography, and a top-notch cast portraying interesting and well-developed characters. Furthermore, it did something other superhero films weren’t doing for a long time: accepting that people besides men between the ages of 13-35 like going to these movies and maybe want something besides angst. The other 4 DCEU films can barely check one of those boxes off.

So here we are at Justice League, a movie with a behind the scenes production saga that is infinitely more interesting than anything tossed up on screen. Let’s get this out of the way, Justice League is a Franken-movie pieced together from the bloated but singular two film vision of Zack Snyder, chopped down and re-color corrected by producers, and sloppily salvaged by original MCU architect Joss Whedon. To put it simply, Justice League is the endgame of a studio that’s had no clear direction as to what to do with these films. I could barely think of anything to write about Justice League because whatever subtext that was in the film was scrubbed in the re-edit all that remains are small pieces of larger wholes i.e. the idea of these heroes being  new Gods, Cyborg and Barry bonding over being creations as opposed to born with abilities or wealth, and without any sort of existential or theological conversation about resurrection. If there was one thing of interest I would write about at length it would be about the music, and how while DC has largely succeeded in producing themes that are more memorable and emotionally effective, they have struggled to integrate and mold these into anything that feels appropriate to what we are watching. It’s also a bad sign when you don’t even have enough faith in your composers or compositions that you have them use themes from much better movies. You straight up hear the Danny Elfman/Tim Burton Batman theme along with the climax of John Williams Superman theme. The fact that these films have one of the worst fanbases on the planet and seem to only do exceedingly well abroad is just icing on the cake.

And I’m done with it.

Let me explain. It was suggested to me that I skip Justice League and write about how I and other people should stop going to these films like they’re obligations. We’ve been burned so why keeping walking into the burning building? But, my curiosity got the better of me and I saw the film, therefore relinquishing any moral or critical high ground I would have, i.e. I would be a hypocrite to tell people to stop going to something that I indulged in. While I think that’s fair, I don’t, however, think it excludes me from saying that from this point forward I’m bowing out of these films financially and critically, but with an asterisk. I don’t care that Aquaman is being made by one of my favorite genre directors (James Wan) I’m not seeing a movie made in the realm of people who clearly have no idea as to what these movies are. The asterisk comes in the form of the possibility of paying to see a Wonder Woman sequel, simply because that film and its creative team gave me every reason to believe that they could deliver another movie as or more satisfying and interesting as the last film. Even more simply, I’ll choose to support a movie made by and aimed at women because there isn’t nearly enough of those.

This isn’t a call for everyone to do the same because I don’t have the authority to do that, but if we are actually fatigued and worried about every installment of this series then the best thing we can do is let it wither up a bit. I want more DC films, just not THESE DC films. If I were to tip my hat into the what should be done with the DCEU (outside of just letting these films sleep for about 5 to 10 years and start over with some anticipation and good will built up from the vastly superior CW shows) it would be to have these films cost between 60 and 100 million (no more than that), have Wonder Woman be the model and character you build around (what Iron Man was for the MCU), make them as stand alone as possible, and have someone (not Whedon or Kevin Feige. Get a fresh voice or alternatively one of those DC animated people from the 90’s and 00’s) take leadership over the whole thing who has a knowledge of these characters but more importantly the knowledge of how good movies and stories are made. Because at the end of the day, all people really want out of superhero movies are just good movies. Why that’s so hard to do in 2017 escapes me.